Does the Covid crisis have a positive effect on French industry and society?

Of course, this is not to say that the Covid crisis has been beneficial for society. It would be a question of seeing some light in all the chaos generated by this virus still unknown a year ago. And while it is true that many have not recovered from it or will not recover from it, this crisis will have brought us some lessons.

Investments: a general but positive decline for the automotive industry.

First of all we are not going to hide our faces, capital expenditure (CAPEX) has fallen overall by 20%. And the sectors that have suffered the most are oil and electricity, unsurprisingly. But despite this fall, according to the Trendeo observatory the automotive sector has miraculously not been affected by the crisis we are going through thanks to record investment in India. In India, the automotive industry accounts for 7% of GDP. Between 2000 and 2017 no less than $18.413 billion was invested. And the industry is growing, with $282 billion expected by 2026.

Telework: only advantages in theory but in practice?

Little or no transport time, less noise pollution, less stress, more autonomy, the benefits of telecommuting on paper are undeniably beneficial. According to Journal Open Edition, which conducted a survey of 273 “teleworkers” the most affected area is management. The manager observes a lack of collaboration between his subordinates and his superiors. However, according to a study by the occupational health medicine department of the Nice University Hospital centre involving 10 candidates, they are more happy after the introduction of telework than before:

The ecological transition in the background. But 2nd is already good

The Greens won the municipal elections in Lyon, Bordeaux and Strasbourg. Relayed in the background, the Covid crisis would have almost made us forget that during the confinement of entire cities have regained their breath. Freed from their cloud of pollution, they attracted curious animals. We even envied some wolves who were walking on our dear ski slopes while we were stuck in front of our television.

But yet the idea remained in the minds of our precious engineers.

According to a survey by the Student, 70% of engineering students consider the fight against global warming to be a fundamental issue for tomorrow’s problems. These are the same students who will think of the hydrogen vehicles of the future.
Initiatives are being put in place. In large cities, there is a pedestrianization of roads and an increase in the number of bike lanes. Even large groups turn their advertising to the ecological like Renaut who kept only its advertising for its Zoe during the confinement.

In short, even if the Covid crisis will have been difficult for everyone, reading this article we would like to show you that we can see small glimmers of hope even in very dark moments. And as the positive brings the positive we hope that this article will help to bring everything back in order. Thanks to those who will share it, this is a huge boost for us. 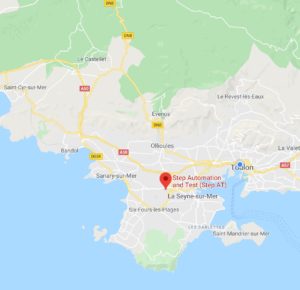